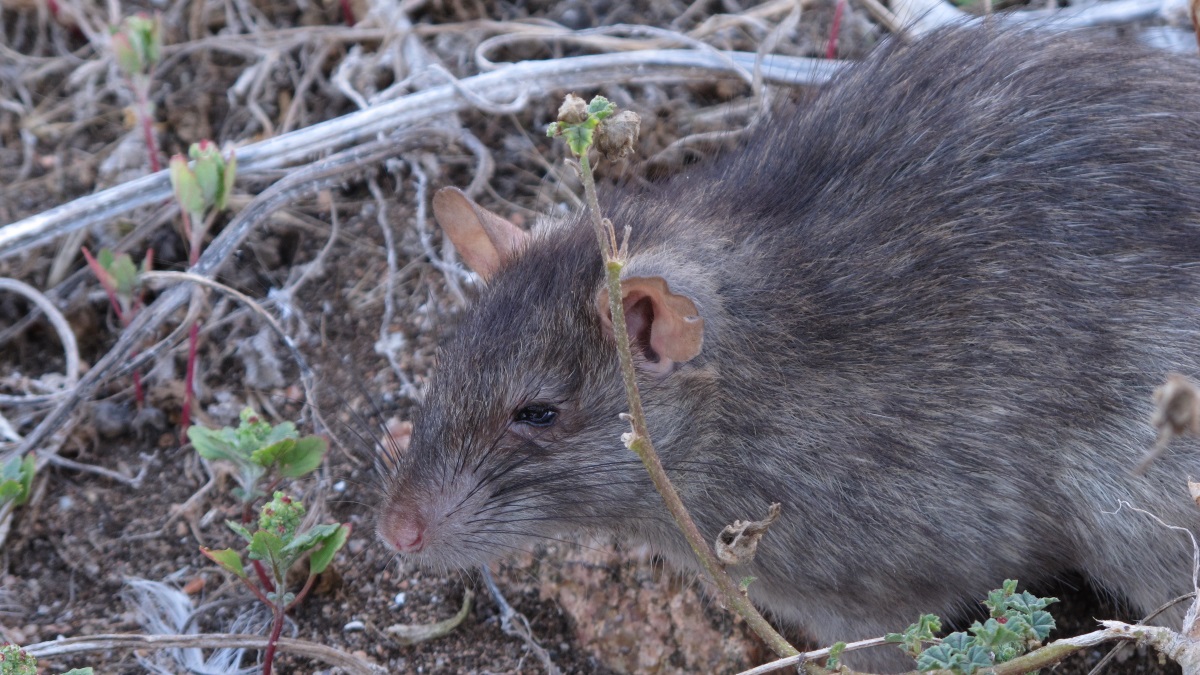 The Black rat is a cosmopolitan rodent present in virtually all over the world. Although originally from Asia, this small mammal dispersed by boats and ships since the beginning of maritime navigation, reaching every continent (except Antarctica) and many islands around the world. Being omnivore, it can easily adapt and survive in low-resource places and under extreme environmental conditions. In islands with seabird colonies, Black rats have a very negative effect because they prey on eggs, offspring and in some cases adult birds.

It is not clear when exactly the Black rat has been introduced in Berlengas. Currently, it only occurs on Berlenga Island as no evidence of their presence has been found in the other islets of the archipelago. The real impact of the Black rat on the populations of Common Murre, Cory’s shearwater and Madeiran Storm-petrel is poorly understood, even thoughsome evidence of Cory’s eggs predation was already documented in Berlengas. In 2014, SPEA conducted a study to assess the predation pressure of the Black rat in Cory’s shearwater chicks in Berlenga Island, having monitored a total of 72 nests in two different colonies. No predation event was recorded in this study, but Black rats were especially active inside or very close to occupied nests, suggesting their interest in the shearwater chicks. It is possible that in years of low food availability (especially dry years), Black rats prey on these chicks with greater intensity.