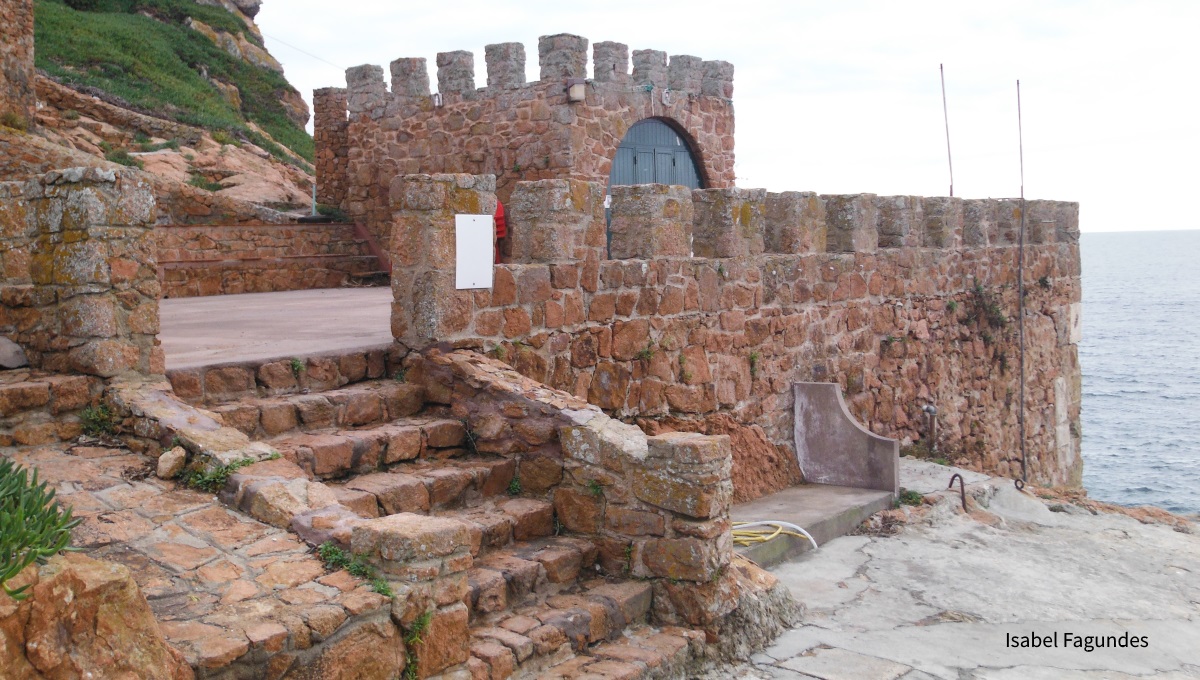 The presence of man on Berlenga goes back to roman times

Some aerial photographs taken in the 60s indicate the presence, in the extreme southwest of the upper plateau of the Berlenga Island, a structure of rectangular shape, with apparent subdivisions, which would be indicative of the existence of a walled cemetery. Currently, there are no surface traces from this construction, which would be contemporary of São João Baptista Fort.

In the Figueiras bay, there is a small building, also contemporary of São João Baptista Fort, which looks like a platform, built in granite blocks roughly matched together. This structure, located at the basis of a water line on the sea cliffs, is more easily detected by sea and it would have been related with the defense of the island, having surveillance, attack and defense functions.

Located at the “Carreiro do Mosteiro”, this is a small anchorage with reduced capacity but with a high importance since ancient times. Archaeological findings indicate the use of the local in ancient times by large vessels, suggesting that this was a strategic point frequented by boats that crossed the routes between the Mediterranean and the Atlantic northern parts of the Roman world. There are also indications that this harbor was important in the Atlantic long routes i.e., was used as a shelter by the boats which transported sugar between the sugar centers (including Madeira) and the mainland. Here it was found the largest collection of amphorae findings in the marine environment and the second largest set of anchor bocks of the Portuguese coast.

At the top of the Fishermen quarter slope, a small stone building with a quadrangular shape was built in the Roman era (dated between centuries I BC and I AD). This building would be used as a control post or a lighthouse. Nowadays, there are only ruins, having been found in the area ceramic fragments, such as bowls, mortars, all exclusively from the Roman period. From the main trail in “Ilha Velha”, it is possible to see the ruins which have a unique panoramic view.

At the highest point it is also possible to find the ruin of a small building sub circular shaped with cement traces, locally known as the mill.

Castelinho was built in 1952, reusing some limestone material belonging to the monastery that previously existed in the area. The “Castelinho” retains a dome ceiling and it currently works as a small supermarket and bar service. This building represents the reminiscent of old watchtower of the XVI century overlooking the old harbour.